Peripheral Vision Tech LTD (PV) (Reading UK), have developed a Solid state Tape drive with emulation capability aimed at Legacy systems. This is a Pertec tape drive with no moving parts in a convenient desk top enclosure. Data is stored on an industry standard industrial strength Compact Flash (CF) card, which can be easily removed, and treated as a replacement for the tape cartridge. The CF card can then be plugged into a Windows PC and the data archived. It has a standard Pertec interface and can be configured to replace those hard-to-find Pertec tape drives used in legacy systems.

The Pertec2Flash enclosure emulates a standard Pertec Tape drive to a Host. It has a Pertec interface on one side and a Compact Flash card on the other. It allows data to be written and retrieved to a Compact Flash (CF) card.

The CF card can then be removed as if it were a regular tape. Emulates a 1600 or 6250 bpi @ 50 ips ½” Pertec tape drive. Start/stop and streaming modes and on-the-fly commands are supported. The unit is mounted in a small desktop enclosure with universal PSU. Pertec connectors are at the rear. 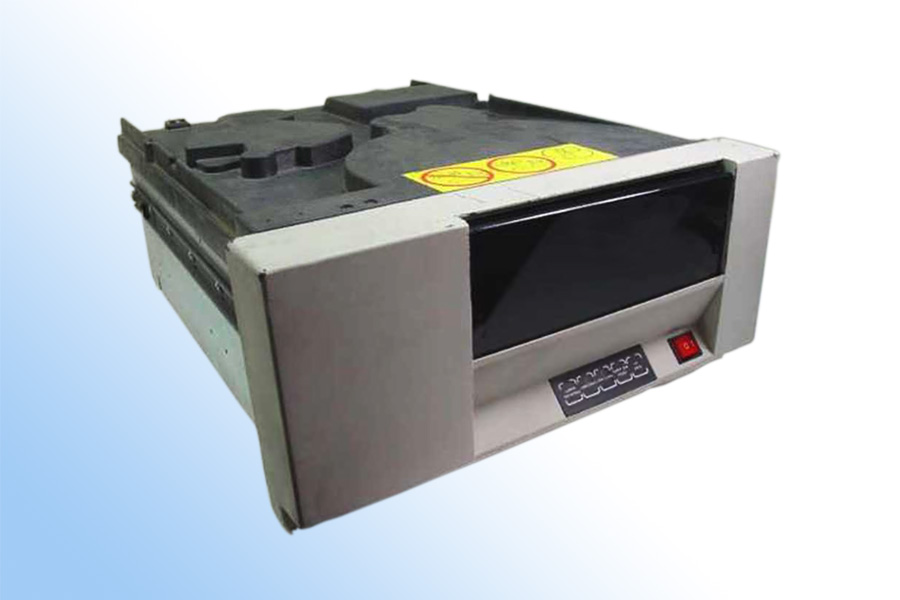 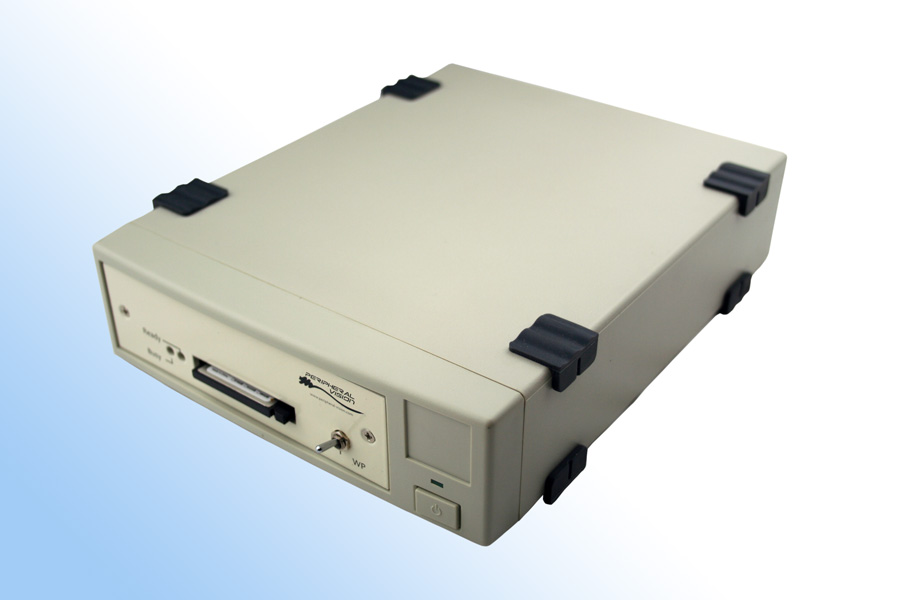 When connected to a Host, the Host sees the FlashTape as a regular Pertec Tape dive. It is a single printed circuit board (PCB) controller, that bridges the CF card to a Pertec bus. The card accepts 5 volt power, and Pertec signals via standard connectors.

Peripheral Vision aim the product as a low-cost way to give extra life for Legacy Hosts which would otherwise need to use unreliable second-hand drives.

The FlashTape/SCSICFDisk drives are solid state. There are no moving parts. There is no maintenance.

In the PV products the data is written to Compact Flash cards. These store the data in NAND flash chips the same way as any other SSD.

Nand flash technology offers unlimited reads, but limited write cycles. To improve the write endurance, the CF cards we supply use "wear leveling" where high usage cells are swapped for unused ones. This operation is transparent to the system. Further, it can be appreciated that reliability will be improved by choosing a larger CF card capacity than the system may require (thus giving a larger pool of unused data cells). This CF wear is further mitigated by using SLC types. Peripheral Vision recommends and supplies only Single-Level Cell (SLC) NAND Flash CF cards.

Given that the only FlashTape/SCSICFDisk component that is susceptible to wear is the CF card. This is easily replaceable, and so the only routine maintenance is to replace the CF card - typically every 2 years. 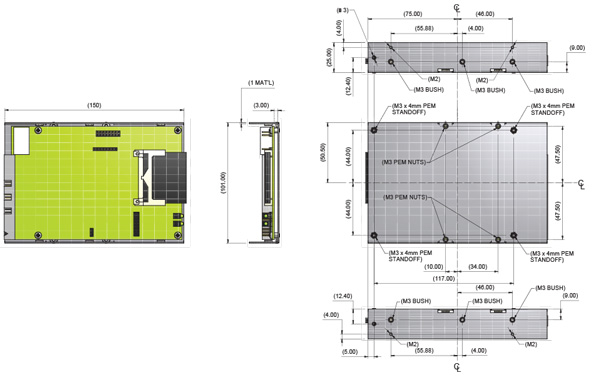 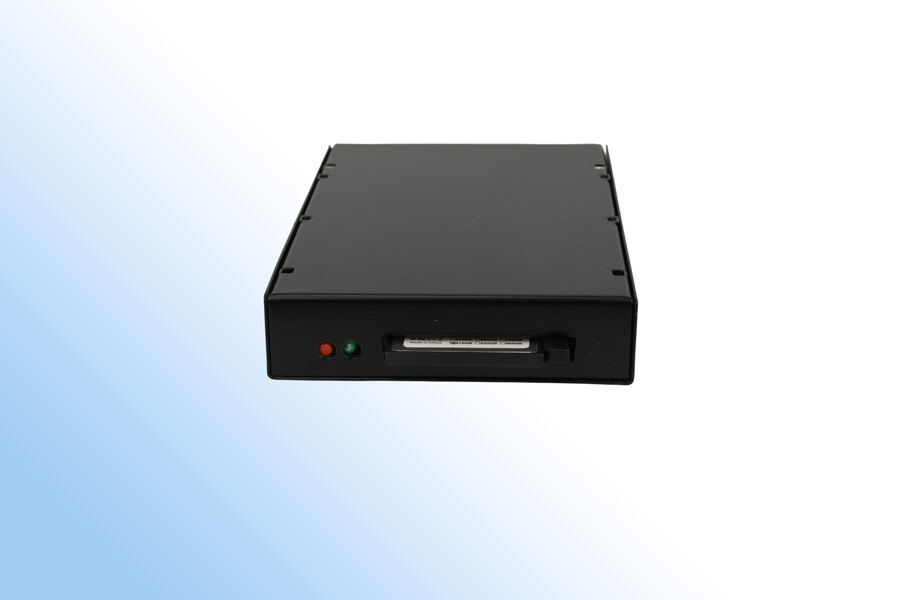 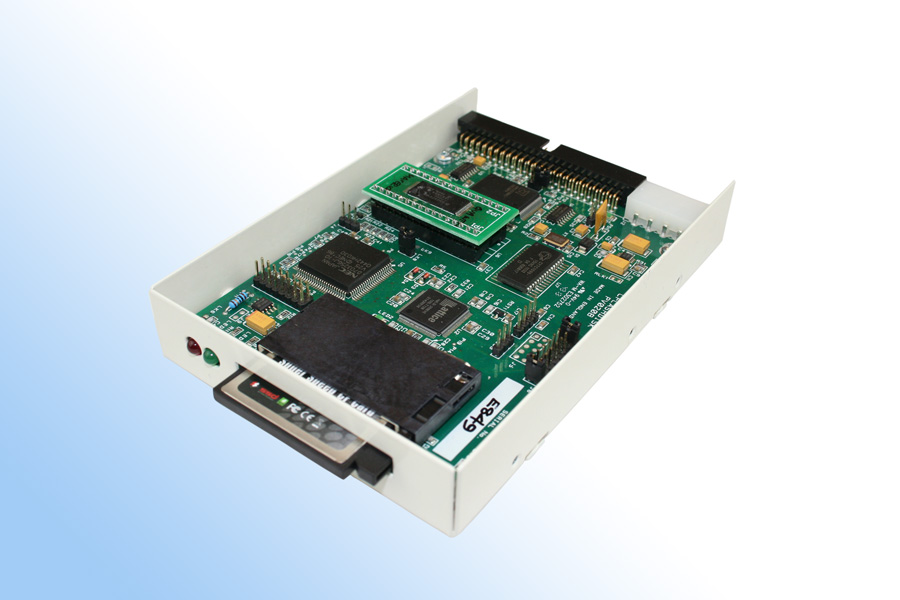 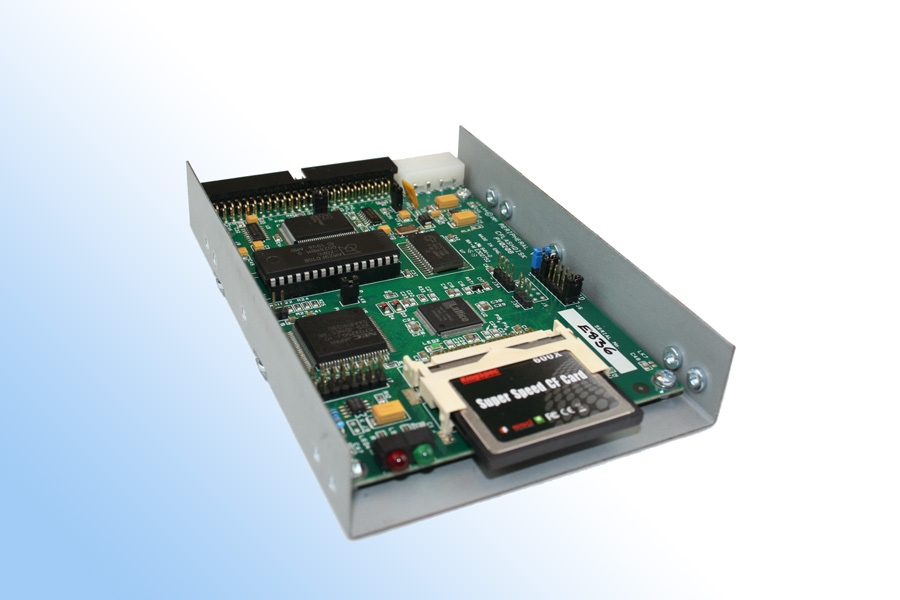 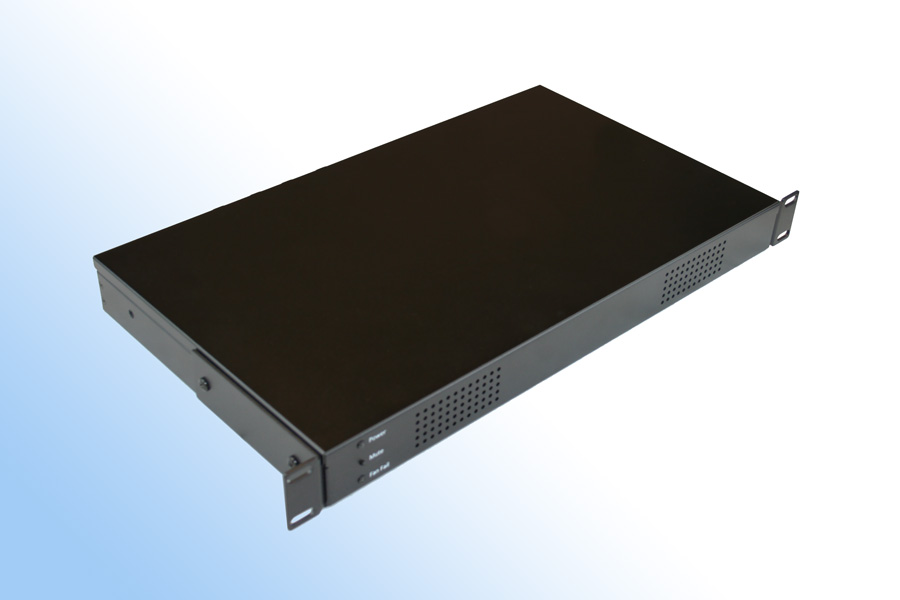 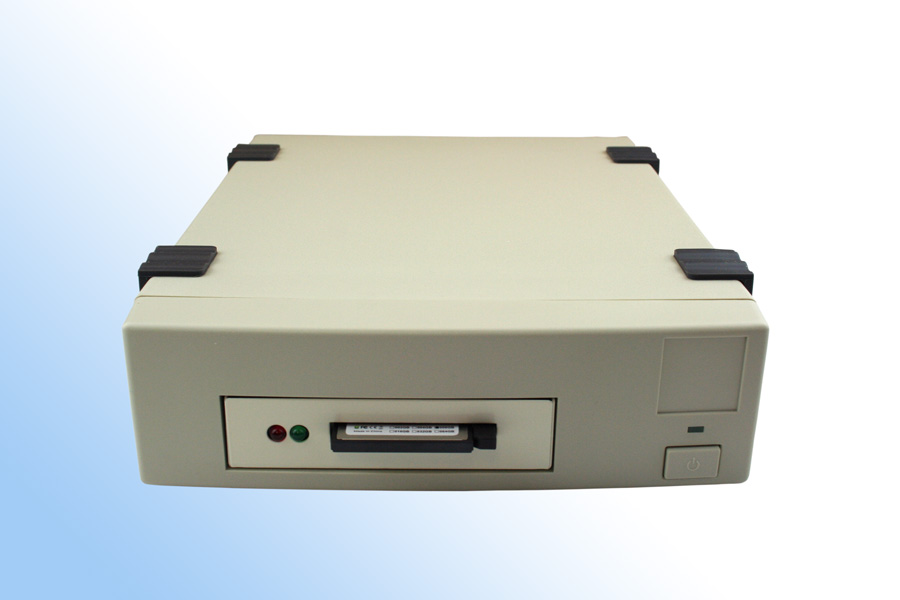 External enclosure 1a (with Logo, with Write Protect Switch)

Please see below a list of other SCSI Tape Drive Emulations that we cater for.

Solutions for the Semiconductor manufacturing industry.